That was a late October evening, the very first day that I ever saw you. Love at first site you may say. What a feelings. I knew right then that I will be spending rest of my life with you. I still remember the very first smile in your face, looking down to me from your balcony. WOW, how could I forget that?

That was the year 2003, my very first year in Dhaka University. Life was wonderful, lots of fun at the university and home, in the old town of Dhaka. Just came out of all male college. Got the freedom of my life. No restriction from home, I can come home whenever I like or do whatever I want to do. Just like a bird, no limit.

To be honest, until that ate October day, I did not a have any female friends. So you can forget about a girlfriend. I was very shy and always nervous when surrounded women. But that afternoon, a RED piece of thin cloth （Orna） just changed all that.

I was walking down the street, just enjoying a wonderful late afternoon. All of a sudden, a piece of cloth just dropped on me, covering my whole upper body. I got surprised and uncover myself. Look around me and then looked up. There you were standing on your first floor balcony and laughing at me. That was the first time I have ever seen someone that pretty.

I am sorry-you said with big smile in your face.

My"orna"just dropped out, would you mind to hold on to it I am coming down.

No word out of my mouth. Is this really happening to me. Did she said that she is coming down.

I look around nervously. Should I just wait or should I leave. Where do I go. I see a little stair going from the street to the down stair of that house. I looked in by extending my head. Should I go in?

Before I decide I see you standing by the door. Just 5 feet away, with a great smile on your face.

Sorry for that, could I have my"Orna"please-you said.

Sure, Sure, here it is-I replied with a very nervous voice.

I step up to her and hand over her"Orna".

Thanks, do you live around here? You asked.

Thanks again. I will see you again.

I nod my head with agreement.

That was my first conversation with you and for sure was not the last. My first love — I love you.

Edward Reiser was driving down an old dirt road, looking for a shack1. A witch2 lived there, and he was hoping she could help him. He found what he was looking for, stopped and got out of his car. An old ugly woman in a shapeless dress stepped out of the shack to greet him3.

“Are you the person they call Aunt Hattie?” he called.

Edward went inside. The small room Hattie led him into had only two pieces of furniture4—a worn couch5 and a chair. The rest of the room was filled with tables made of old crates6. The crates were covered with jars and cages containing Hattie's collection of spiders, snakes, dried bats7, and the usual things witches find necessary to do their work. The walls were unpainted8, and the room looked like it had never been cleaned.

Edward seated himself on the front edge of the old chair9, touching as little of it as possible. Everything in the room made him feel uneasy. Nevertheless, he had come on business, and he was not the sort of man to let anything get in his way10.

“Well, well, ” Hattie said happily, “It's not often that I get a chance to visit with a good-looking young man like yourself.”

“I didn't come to chat,” replied Edward firmly. “I'm here on business. I...well, I understand you can make certain medicines...”

“I make all kinds of medicines,” she said. “What kind do you want?”

“I want a medicine which will make somebody fall in love with me,” he said.

“Well, well, well,” she said. “When I was young, the men used to come running after11 me all the time. Oh, men won't leave a woman alone when she's young. But when you're old, though...” she shook her head sadly. “What's a handsome fellow like you need it for? It seems to me the women ought to be wanting to use it on you12.”

Hattie rose from the chair and walked to the door at the end of the room. She carefully closed the door behind her, and Edward was left alone.

The witch had been right about how handsome Edward was. He was very good looking and rich. At the age of 32, he had been loved by a great number of women. He had, in fact, begun to grow rather bored with women.

Then he met Rita. She was young, beautiful, intelligent—the English language could not begin to describe her14. She was working as a secretary to Edward's lawyer when he met her, and as soon as he saw her, he became infatuated with15 her. For the first time in his life, however, he had met a woman who was completely not interested in him.

Rita had turned down16 his request for a date, politely explaining that she was engaged to17another man and quite happy about it. He began to see his lawyer every day in order to see her more often. She changed jobs and went to work for a different lawyer. He changed lawyers. She left that job for a job with a large company. He called her on the phone until she refused to answer it anymore.

One afternoon he overheard a young man telling an older man about a witch who lived near his hometown. She could cast spells18 and make special medicines. He bought them many drinks and was rewarded with more information. After he learnt the details of where she lived, Edward set out19 to find her.

The old woman re-entered the room, slamming the door and waking Edward from his daydream.

“No,” Edward said. He didn't like the idea of sitting and drinking tea with the old witch, as if they were having a social hour together21.

“Then how about a glass of nice, cool well water22?”

Edward was very thirsty and thought he could quickly drink it and leave. So, he accepted the offer.

Hattie walked out the door and soon returned with his water. He took it gratefully23 and drank half of it with his first gulp24. It tasted a bit salty, but it felt good to his dry throat.

“I don't suppose a city man like yourself really believes in what I do,” she said.

“No, of course not,” she sighed. “No one does anymore, but you come anyway. Not so many come as used to, though. It gets real lonely, nowadays. Ever since Old Sallie died—”

“Well, it's liquid, you see. You can give it in a glass of whiskey if you want. Whoever drinks it will fall in love with the first person they see.”

“How deeply in love?” Edward asked. “Will they give up other people they loved?”

“Yes,” she said. “Give up everything except the first person they see.”

“Oh, before I forget, does it have any bad or bitter taste?”

But even before he could be sure of what had happened—an emotion unlike any he had ever experienced before, struck him25. For a moment, Edward was too overcome26 by this strange, new emotion to act. Then he stepped forward and gathered his beloved in his arms. Old Hattie would never be lonely again. 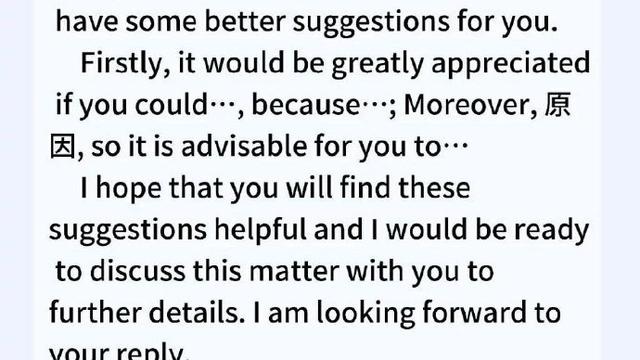 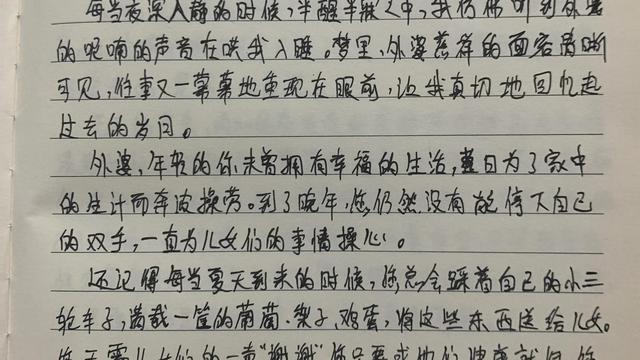 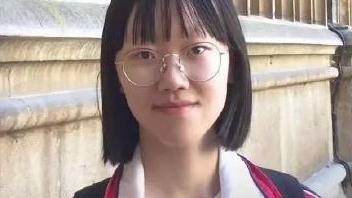 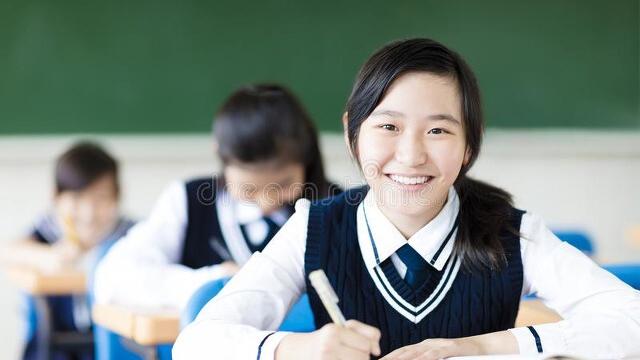 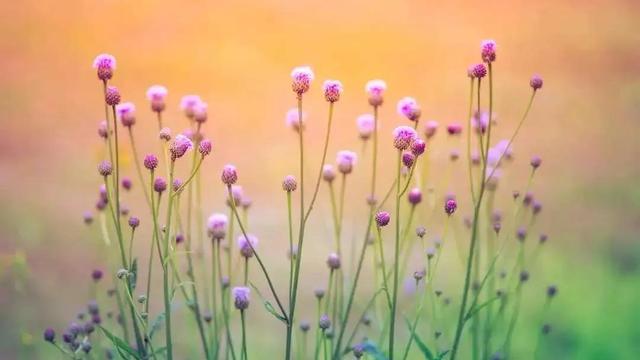 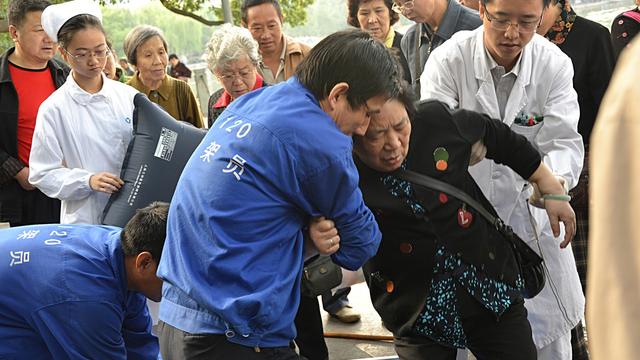 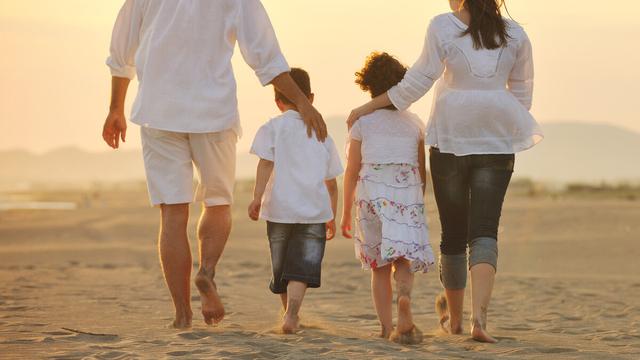 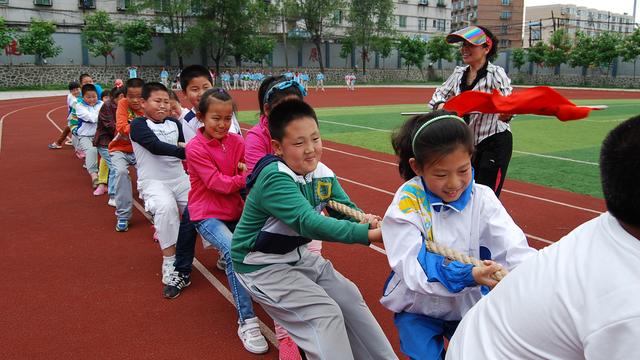 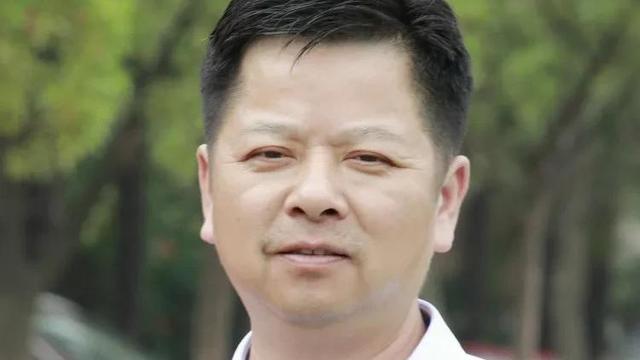